15 Films to See in August

Below, our editors have selected the most interesting films debuting in North American theaters this month, listed in alphabetical order. 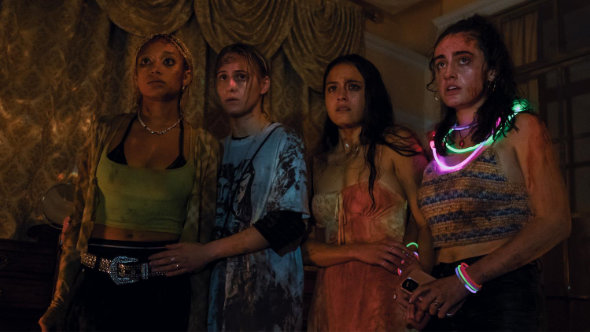 Could this latest A24 release connect with audiences like Everything Everywhere All at Once, the distributor’s first $100 million title? The odds are against it, but early reviews out of SXSW were strong for this sophomore feature from Dutch actress/director Halina Reijn (Instinct). Sarah Delappeat’s screenplay sets the action at a remote mansion during a hurricane party where a game between a group of rich 20-somethings (Amandla Stenberg, Maria Bakalova, Rachel Sennott, Myha'la Herrold, Chase Sui Wonders) and two of their boyfriends (Pete Davidson and Lee Pace) turns deadly. With a strong ensemble and cutting humor, this horror-comedy could be the film to see in August. 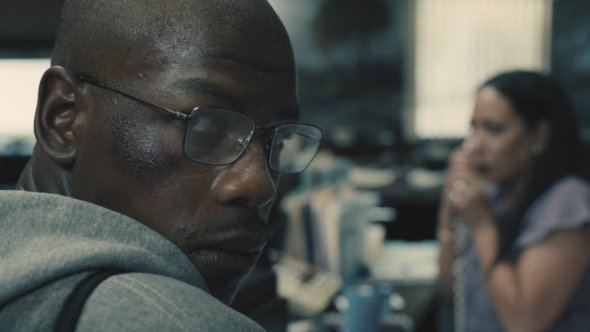 When it premiered at Sundance earlier this year, where it won a Special Jury Award for its ensemble cast, this debut feature based on a true story from co-writer (with Kwame Kwei-Armah) and director Abi Damaris Corbin was titled 892, for the amount of money Marine war veteran Brian Brown-Easley asked for when he held up a Wells Fargo in Marietta, Ga. on July 7, 2017. John Boyega stars as Brown-Easley, and Michael K. Williams, in one of his last roles, is hostage negotiator Eli Bernard. Also in the award-winning cast are Nicole Beharie, Selenis Leyva, Connie Britton, and Jeffrey Donovan. 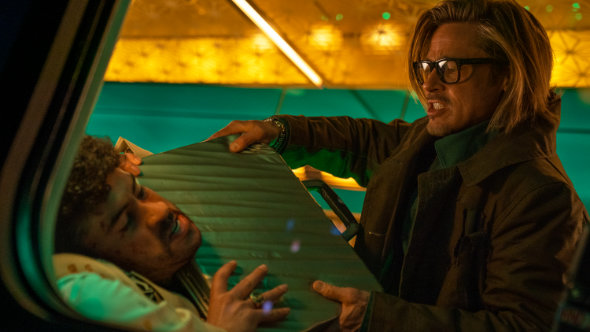 Director David Leitch (Atomic Blonde, Deadpool 2, and Fast & Furious Presents: Hobbs & Shaw) is back with another action-packed thrill-ride, this time on a high-speed train in Japan. Passengers on board include Brad Pitt’s Ladybug, an unlucky assassin whose latest gig doesn’t look like it will reverse his fortunes, as he'll have to battle a series of adversaries played by Brian Tyree Henry, Zazie Beetz, Joey King, Aaron Taylor-Johnson, Bad Bunny, Hiroyuki Sanada, and Michael Shannon. Based on Kôtarô Isaka’s novel Maria Beetle (the seemingly helpful character played by Sandra Bullock), Leitch’s latest is sure to stun with its stunt work. But can it pack a punch narratively as well? And will that even matter? 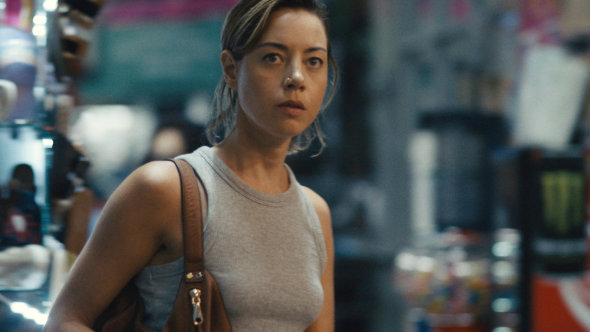 The first of two Aubrey Plaza indies due in August is writer-director John Patton Ford’s debut feature, which stars Plaza as the titular character—a debt-burdened ex-art student who dips her toe into crime through a credit card scam only to find she has an affinity for black market thrills. It’s a performance critics praised when the film premiered at Sundance this year. Emily’s introduction to the underbelly of Los Angeles commerce comes from Youcef (Theo Rossi), and, together, they make a plan to grow their business, resulting in an incredibly tense thriller that also serves up shots of social satire. 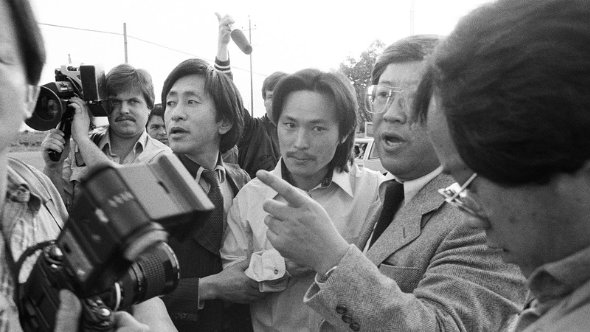 With their first documentary, directors Eugene Yi and Julie Ha return to 1973 San Francisco where 20-year-old Korean immigrant Chol Soo Lee was wrongly convicted of a Chinatown gang murder. They follow his trial and paint a picture of his early life and years in prison, leading to K.W. Lee’s investigation into the case, the groundswell of support from Asian American communities in California, and his subsequent retrial. While Lee's story served as inspiration for the heavily fictionalized 1989 film True Believer, starring James Woods and Robert Downey Jr., here Ha and Yi capture the full story of a man who may have been exonerated but is continually haunted by his incarceration. Using excerpts from Lee’s posthumously published memoir, Freedom without Justice: The Prison Memoirs of Chol Soo Lee, the directors reveal Lee for the first time in all his complexity. 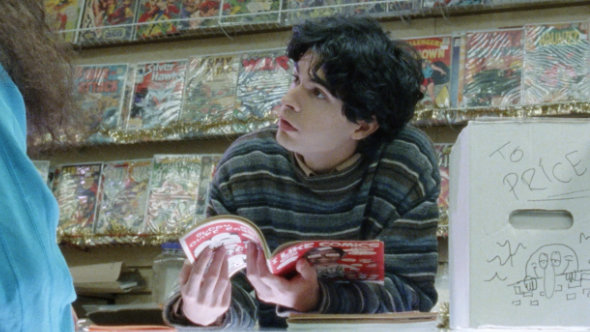 Owen Kline, the son of Kevin Kline and Phoebe Cates, played the younger brother to Jesse Eisenberg’s character in Noah Baumbach’s The Squid and the Whale. Now he’s joining Eisenberg (whose When You Finish Saving the World should be out later this year) as a feature writer-director with this story of a teenage cartoonist (Daniel Zolghardi) who ignores his parents' wishes and decides to follow his bliss on a path that leads him to a filing job at the DA’s office, while he spends his off time enriching his life at the local comic book store. Produced by Benny and Josh Safdie, Funny Pages was likened at its Cannes debut in May to a '90s indie comedy for its funny but shambolic nature. 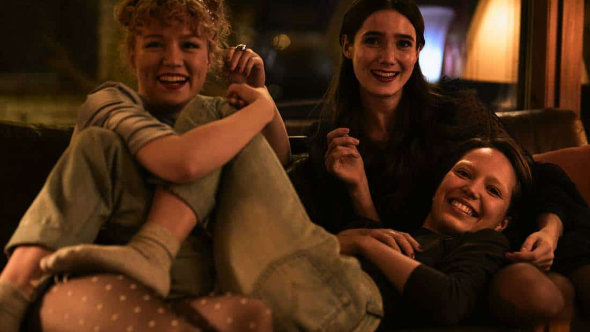 Finnish director Alli Haapasalo debuted her latest feature at this year’s Sundance Film Festival, where it won the Audience Award in the World Cinema section. Written by Ilona Ahti and Daniela Hakulinen, this coming-of-age tale follows best friends Mimmi (Aamu Milonoff) and Rönkkö (Eleanoora Kauhanen), who live life with abandon, and Emma (Linnea Leino), a girl who has devoted her life to figure skating. When they meet, first love blooms for Mimmi and Emma, while Rönkkö pursues a more lustful path. 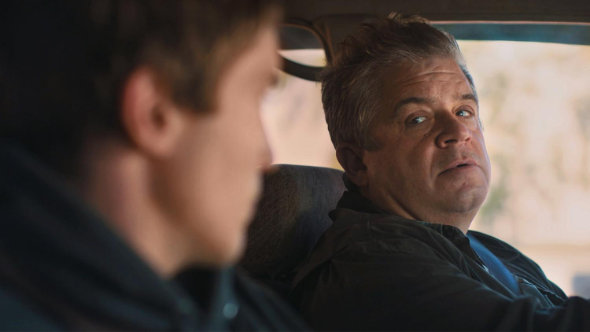 In this cringe-comedy from writer-director-star James Morosini, who based his screenplay on personal (and very uncomfortable) experience, Patton Oswalt stars as Chuck, a father who catfishes his own son (Morosini) through the online persona of Becca, brought to life in the movie by Claudia Sulewski. Lil Rel Howery plays Chuck’s friend Jimmy, and Amy Landecker is his ex-wife. When Chuck needs a voice for Becca, so she can talk to his son over the phone, his girlfriend (played by Rachel Dratch) steps to the plate. But what does Chuck do when his son wants to meet “the love of his life?” Find out in select theaters or on VOD this month. 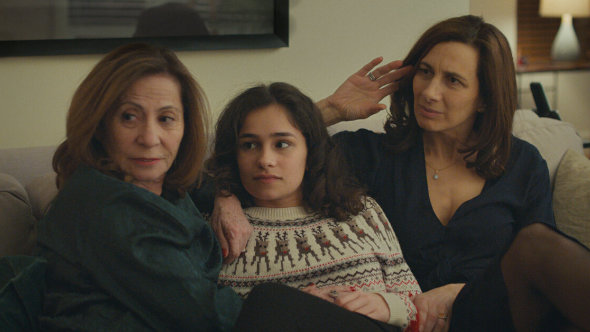 Premiering at the Berlin International Film Festival in 2021 and finally reaching North American theaters this month, the latest feature from Lebanese filmmakers Joana Hadjithomas and Khalil Joreige explores trauma but in a surprisingly uplifting way. Maia (Rim Turki) and her teenage daughter, Alex (Paloma Vauthier), live in Montreal, but when the object of the title arrives filled with diaries, photographs, and cassette tapes from her mother’s past in Beirut, Alex becomes obsessed with learning about her mother’s past—a painful one shadowed by the Lebanese Civil War. Hadjithomas and Joreige use several inventive techniques to jump back and forth in time, bringing the past to life with the help of a talented cast. 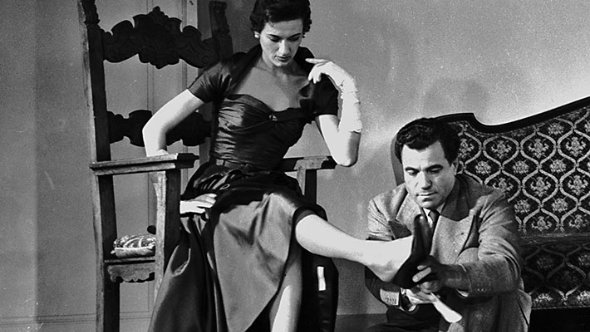 Before Luca Guadagnino reunites with his Call Me By Your Name star Timothée Chalamet for the Venice premiere of their cannibal love story Bones and All, he has this vastly different film—a documentary on shoemaker Salvatore Ferragamo—coming to theaters. Narrated by another Call Me By Your Name vet, Michael Stuhlbarg, Salvatore chronicles Ferragamo’s life as a poor boy in Bonito, Italy, his immigration to the United States in 1915 at the age of 16, and his breakthrough in Hollywood fashioning shoes for the stars of cinema. Eventually returning to Italy, Ferragamo rebuilt his business, married and had six children, a love story Guadagnino explores alongside his investigation of Ferragamo’s lasting fashion legacy. 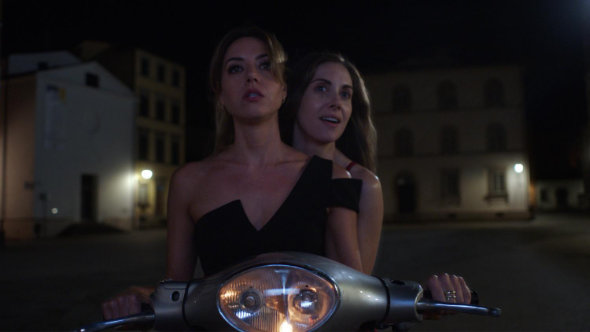 The latest from Jeff Baena (Life After Beth, The Little Hours) is another collaboration with Alison Brie, who co-wrote and starred in the director’s Horse Girl. This time Brie is a manager at the not-quite-Olive-Garden-but-it -is-Olive Garden, Tuscan Grove, when she is rewarded with an all expenses paid trip to the restaurant’s Italian headquarters. There she meets the head of the company, played by Alessandro Nivola, but she doesn’t get the Under the Tuscan Sun romance some might expect from the latest poster. With its strong supporting cast (including the aforementioned Aubrey Plaza plus Lil Rel Howery, Zach Woods, Tim Heidecker, Molly Shannon, and Fred Armisen), Baena’s fifth feature might be his lightest, funniest, and least predictable. 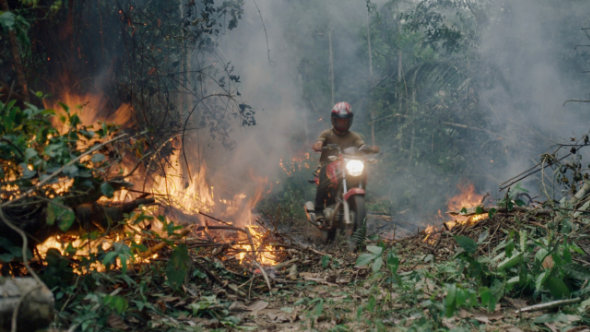 In the Brazilian Amazon, the Indigenous Uru-eu-wau-wau people fight the encroaching deforestation brought by farmers and illegal settlers. There to capture it, cinematographer (The First Wave, When Lambs Become Lions) turned director Alex Pritz paints a complex and tense picture of the struggles (technological, political, societal) over some of the most sacred land in the world. Thanks to his intimate access to the Uru-eu-wau-wau people, who shot their own footage over a three year period, and the farmers and settlers illegally burning and clearing the protected Indigenous land, Pritz exposes the hard truths of how indigenous cultures are treated all over the world. 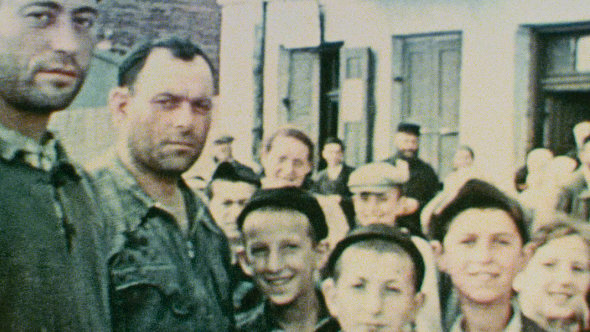 Since its premiere in last fall’s festivals, Bianca Stigter’s debut documentary has earned universal acclaim. Inspired by Glenn Kurtz’s book Three Minutes in Poland: Discovering a Lost World in a 1938 Family Film, this sensitive exploration brings to life Kurtz’s attempt to find the human stories hidden within his grandfather’s short home movie (shot, rather unusually for the time, in color) of the Jewish quarter of Nasielsk, Poland, a town decimated by the Holocaust. Helena Bonham Carter narrates, and Kurtz recalls the process of his search for survivors.

The following notable August films are foregoing a theatrical release and debuting directly on a streaming service. 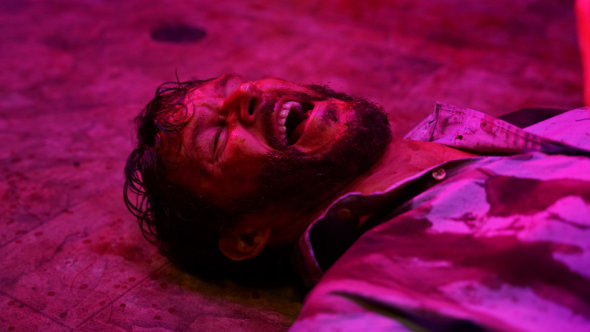 Good reviews from Fantasia Fest put this single-setting horror film on the list. Directed by Rebekah McKendry from a script by David Ian McKendry, Joshua Hull, and Todd Rigney, this Shudder exclusive is set at a grimy roadside bathroom where Ryan Kwanten’s Wes hears an ominous voice (provided by J.K. Simmons) coming from the glory hole between stalls. With a liberal use of glowing pinks, grotesque visuals, and silly punchlines, Glorious is a surprising trip through a weird world. 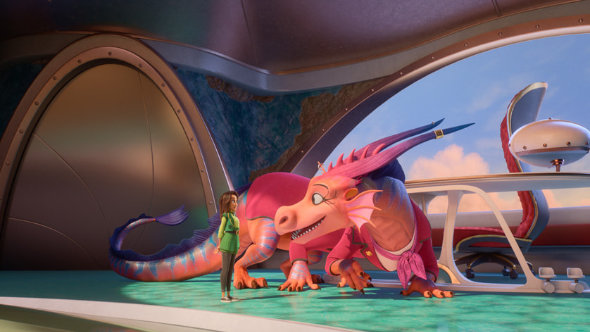 Can Apple steal the Best Animated Feature Oscar from the Disney/Pixar juggernaut? They certainly appear to be trying to capture some of Pixar's magic with Luck, the delayed debut feature from Skydance Animation, the new studio run by controversial former Pixar leader John Lasseter. And Luck's screenplay comes from another Pixar veteran, Kiel Murray (Cars), along with Kung Fu Panda writers Jonathan Aibel and Glenn Berger. Eva Noblezada voices the lead character, Sam, who considers herself the unluckiest person in the world—until finding a way into the magical Land of Luck, where she hopes to turn things around without causing too much chaos along the way. Simon Pegg, Jane Fonda, Whoopi Goldberg, Flula Borg, Colin O'Donoghue, and Lil Rel Howery fill out the voice cast.

For a complete, updated listing of all upcoming movie releases by date, including films arriving later in 2022 and beyond, visit our Movie Calendar.

Prefer watching at home? Here's our look at the notable TV shows and streaming movies debuting in August.

What Our Users Are Talking About